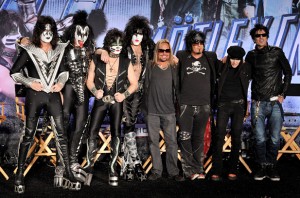 The Tour is a package that is offered to the millions of diehard fans. The Tour is the coming together of the legends KISS and Motley Crue at the Cricket Wireless Amphitheatre on the 12th of August 2012. Fans can expect nothing but raw music and energy that flows from the performers. This New York based rock band is all about keeping it real and letting the fans take over the lyrics after a point. The heavy metal band Motley Crue is another legendary band known for its various number one hits. One cannot fail to mention that the latter is known as the most notorious band to have hit the rock scene.