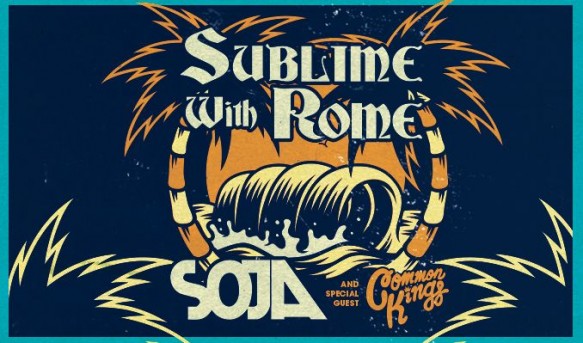 Sublime with Rome are coming to the Providence Medical Center Amphitheater on Friday June 7 for their summer headline tour with support from Soja.

Sublime with Rome will be touring in support of their forthcoming full-length album, Blessings.

Collectively, Sublime With Rome have had more than 80 million U.S. streams to date and have massive support from their loyal fans.

Tickets for Sublime with Rome supported by Soja are selling fast, so if you’d like to see them at the Providence Medical Center Amphitheater, Bonner Springs, make sure to buy your tickets now whilst they are still available.