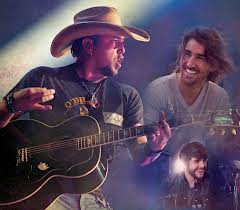 The Cricket Wireless Amphitheater presents the fans with the musical genius of Jason Alden, Jake Owen and Thomas Rhett on the 18th of October 2013. Alden is well-known for his double platinum certified album ‘My Kinda Party’ which was released in the year 2010. In the past, he has created a buzz and has a large fan following owning to his self-titled album that released in 2005. The album ‘Relentless’ that was released in 2007 was also highly popular. He will be joined by Jake Owen and Thomas Rhett, who are also popular country music artists.